what is cebral palsy and what are the symptoms? 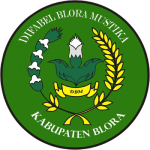 Cerebral palsy is a neurological condition which is caused by damage to the developing brain that disrupts the brain’s ability to control movement and maintain posture and balance.

What are the symptoms of Cerebral Palsy?

Children with CP exhibit a wide variety of symptoms, including:

The symptoms of CP differ in type and severity from one child to the next, and may even change in an individual over time.

While one child with severe CP might be unable to walk and need extensive, lifelong care, another child with mild CP might be only slightly awkward and require no special assistance.

Children also can have some level of intellectual disability, seizure, impaired vision or hearing and speech problems.

The disorder isn’t progressive, meaning it doesn’t get worse over time. However, as the child gets older, certain symptoms may become more or less evident.

What are the early signs?

The signs of cerebral palsy usually appear in the early months of life, although specific diagnosis may be delayed until age two years or later

Infants with CP frequently have developmental delay, in which they are slow to reach developmental milestones such as learning to roll over, sit, crawl, or walk.

What are the early warning signs of Cerebral Palsy?

In a Baby Younger Than 6 Months of Age

In a Baby Older Than 6 Months of Age

In a Baby Older Than 10 Months of Age

Some causes of acquired cerebral palsy include brain damage in the first few months or years of life like brain infections, problems with blood flow to the brain, head injury, fall or child abuse.

In many cases, the cause of cerebral palsy is unknown.

What are the risk factors?

Multiple births.  Twins, triplets, and other multiple births — even those born at term — are linked to an increased risk of cerebral palsy.

Infections during pregnancy.  Infections such as toxoplasmosis, rubella (German measles), cytomegalovirus, and herpes, can infect the womb and placenta.

Can cerebral palsy be prevented?

Cerebral palsy related to genetic abnormalities cannot be prevented, but a few of the risk factors for congenital cerebral palsy can be managed or avoided.

For example, rubella, or German measles, is preventable if women are vaccinated against the disease before becoming pregnant. Rh incompatibilities can also be managed early in pregnancy.

What other conditions are associated with cerebral palsy?

Intellectual disability – Approximately 30 – 50 percent of individuals with CP may be intellectually impaired.

Epilepsy- As many as half of all children with CP may have epilepsy.

Spinal deformities and osteoarthritis- Deformities of the spine—curvature (scoliosis), humpback (kyphosis), and saddle back (lordosis) — are associated with CP.

Hearing loss– Impaired hearing is also more frequent among those with CP than in the general population.

Poor speech impairs communication and is often interpreted as a sign of cognitive impairment, which can be very frustrating to children with CP, especially the majority who have average to above average intelligence,

Drooling- Some children with CP drool because they have poor control of the muscles of the throat, mouth, and tongue.

Learning difficulties- Brain damage may affect the development of language and intellectual functioning.

Contractures- Muscles can become  fixed into abnormal positions , called contractures, which can increase muscle spasticity and joint deformities in children with CP.

Malnutrition- Swallowing, sucking, or feeding difficulties can make it difficult for many individuals with CP to get proper nutrition and gain or maintain weight.

Dental problems- Many children with CP are at risk of developing gum disease and cavities because of poor dental hygiene.

How is cerebral palsy diagnosed?

Most children with cerebral palsy are diagnosed during the first 2 years of life.  But if a child’s symptoms are mild, it can be difficult for a doctor to make a reliable diagnosis before the age of 4 or 5.

Doctors will order a series of tests to evaluate the child’s motor skills. During regular visits, the doctor will monitor the child’s development, growth, muscle tone, age-appropriate motor control, hearing and vision.

Neuroimaging such as (MRI scan) that allow doctors to look into the brain   can detect abnormalities.

Referrals to specialists such as a child neurologist, developmental pediatrician or Ophthalmologist aid in a more accurate diagnosis and help doctors develop a specific treatment plan.

How is cerebral palsy treated?

There is no cure for cerebral palsy but supportive treatments and medication can help many individuals improve their motor skills and ability to communicate with the world.

Many children go on to enjoy near-normal adult lives if their disabilities are properly managed. In general, the earlier treatment begins the better chance children have of overcoming developmental disabilities or learning new ways to accomplish the tasks that challenge them.

There is no standard therapy that works for every individual with cerebral palsy.

Once the diagnosis is made a team of health care professionals will work with a child and his or her parents to identify specific impairments and needs, and then develop an appropriate plan to tackle the core disabilities that affect the child’s quality of life.

Physical therapy usually begun in the first few years of life or soon after the diagnosis is made, is a cornerstone of the treatment. Specific sets of exercises and activities can maintain or improve muscle strength, balance, motor skills, and prevent contractures.

Occupational therapy focuses on optimizing upper body function, improving posture, and making the most of a child’s mobility.

Recreation therapy encourages participation in art and cultural programs, sports, and other events that help an individual expand physical and cognitive skills and abilities.

Speech and language therapy can improve a child’s ability to speak  more clearly, help with swallowing disorders, and learn new ways to communicate.

Oral medications such as diazepam and baclofen are usually used as the first line of treatment to relax stiff muscles.

How Botulinum toxin is effective?

BT-A injections are most effective when followed by a stretching program including physical therapy and splinting.

Orthopedic surgery is often recommended when spasticity and stiffness are severe enough to make walking and moving about difficult or painful.

Assistive devices such devices as computers and picture books can greatly help some individuals with CP improve communications skills.

Orthotic devices like braces and splints help to compensate for muscle imbalance and increase independent mobility.

What research is being done?

Many scientists think that a significant number of children develop CP because of mishaps early in brain development. They are examining how nerve cells in the brain specialize and form the right connections with other brain cells and they are looking for ways to prevent the factors that disrupt the normal processes of brain development.

As researchers continue to explore new treatments for cerebral palsy and to expand our knowledge of brain development, we can expect significant improvements in the care of children with cerebral palsy and many other disorders that strike in early life.